It's Been a Long Time Since I Rock and Rolled

Literally. After the GP, Kenny and I went on a few more motorcycle rides on my bike, and then it was too cold, and that was that.

With spring creeping up, however, he managed to not only get some new farings that actually fit, but got them on his bike and even got his bike running... At least thanks to the shop. They figured out the problem on a fluke while they were changing out his front fork seal, so it worked out for the best.

So here's to hoping this riding season goes better than last year!

At least once my bike is up and running. Interestingly enough, if anyone who reads this blog knows anything about why my R6 (2003, for those just joining), is there anything that might cause the bike to turn over but not fire? Plus the headlights won't come on (low or high beam).

Kenny thinks it might be one of the relays, but short of taking my whole bike apart, there's no way to test all of them. He's probably right, but that doesn't change the fact that it's just really sad and depressing right now under the deck. 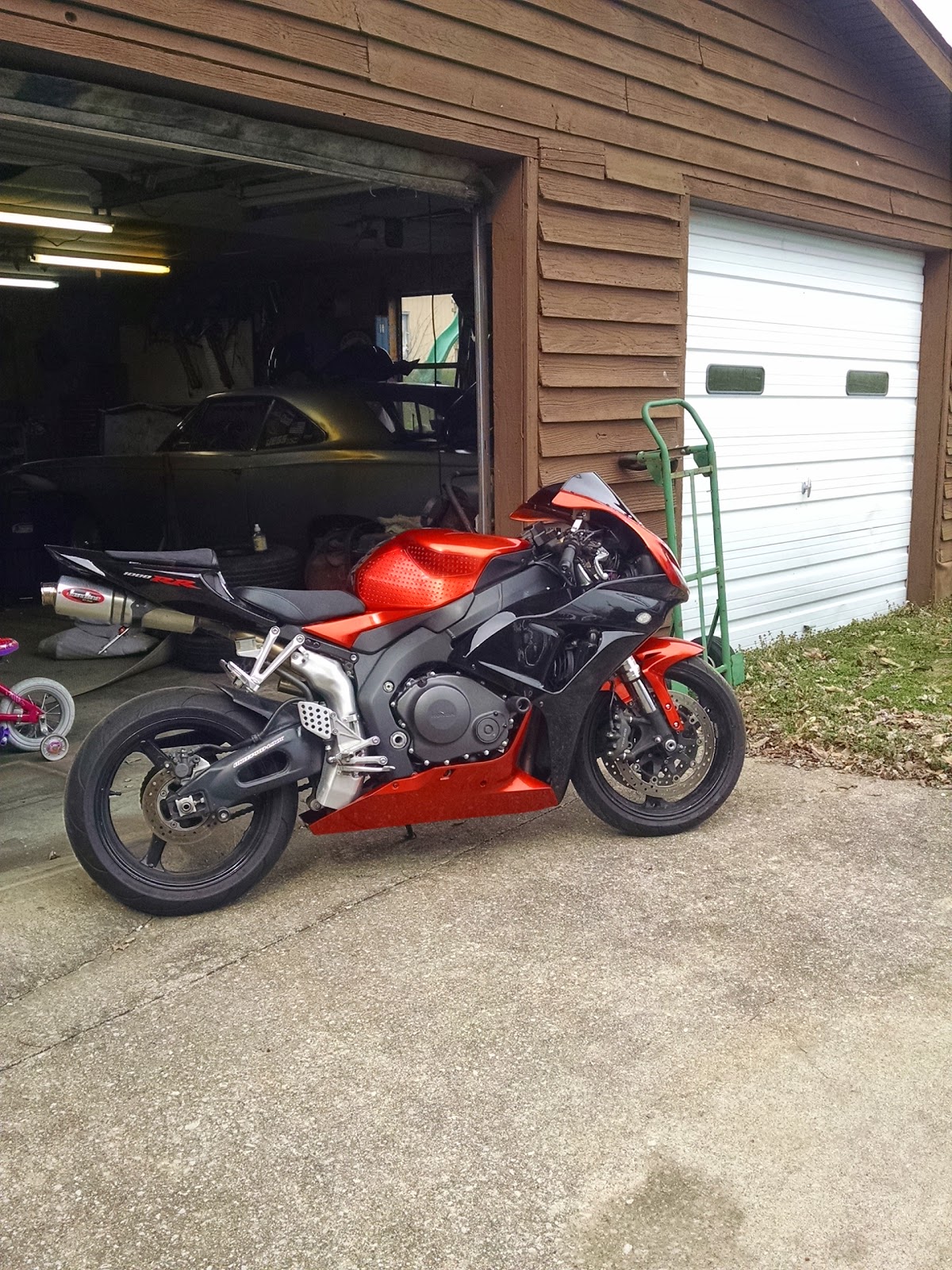 What do I talk about?